Product Delivery: You will receive a download link via your order email immediately
Should you have any question, do not hesitate to contact us: [email protected] 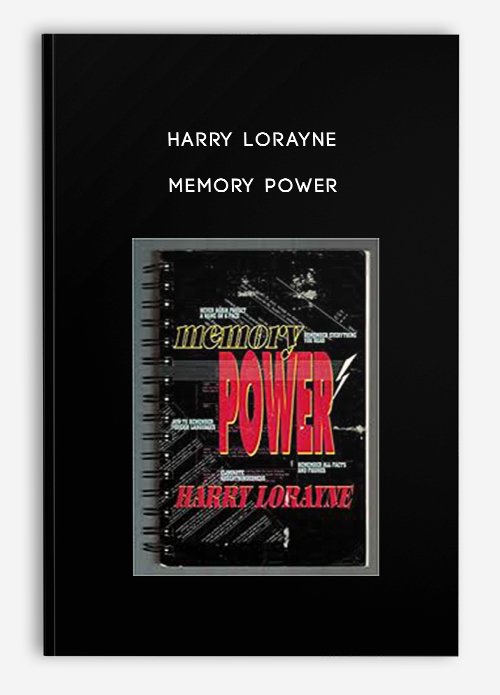 Harry Lorayne is the world’s foremost memory- training specialist and the author of The Memory Book, a New York Times bestseller for 46 weeks. TIME Magazine called him “The Yoda of Memory Training”. His other books include Super Memory, Super Student; Remembering People; Memory Makes Money, and Harry Lorayne’s Page-a-Minute Memory Book. His books have been translated into all major languages, and have sold over 18 million copies worldwide. He’s been written about in most major magazines (from Reader’s Digest, to Cosmopolitan to Forbes) and in most newspapers throughout the world. He is interviewed in the textbook Introductory Psychology (Addison Wesley Press). You’ve probably seen him on major television talk shows – The Tonight Show 24 times, Live With Regis & Kathy Lee, That’s Incredible, The Home Show, Mike Douglas, Merv Griffin, The Today Show and Good Morning America. His Memory Power promotional film hosted by Dick Cavett was ranked number one by the Jordan Whitney ranking organization and his instructional ‘Memory Power Package’ of CDs and DVDs with him personally doing the teaching, has sold many thousands of copies on television and the Internet. The MEMORY POWER Package includes the programmed-learning Study Guide, four audio CDs, the one-hour-long “REMEMBERING NAMES” DVD, PLUS the two special bonuses: The “MEMORY MAKES MILLIONAIRES” CD and the “HOW TO REMEMBER NUMBERS” DVD.